An Ultra-High Activity Hydroprocessing Catalyst for Increased Flexibility and Profitability

Celestia™ is a hydroprocessing catalyst for refinery leaders focused on margin improvement. Celestia offers the highest HDS, HDN and aromatic saturation activity of any hydroprocessing catalyst in the industry. Celestia is jointly developed by ExxonMobil and Albemarle, like its predecessor Nebula®. Deployed alongside Nebula, Celestia allows operational flexibility, superior earnings, refinery optimization, and adds value beyond the hydrotreating battery limits. 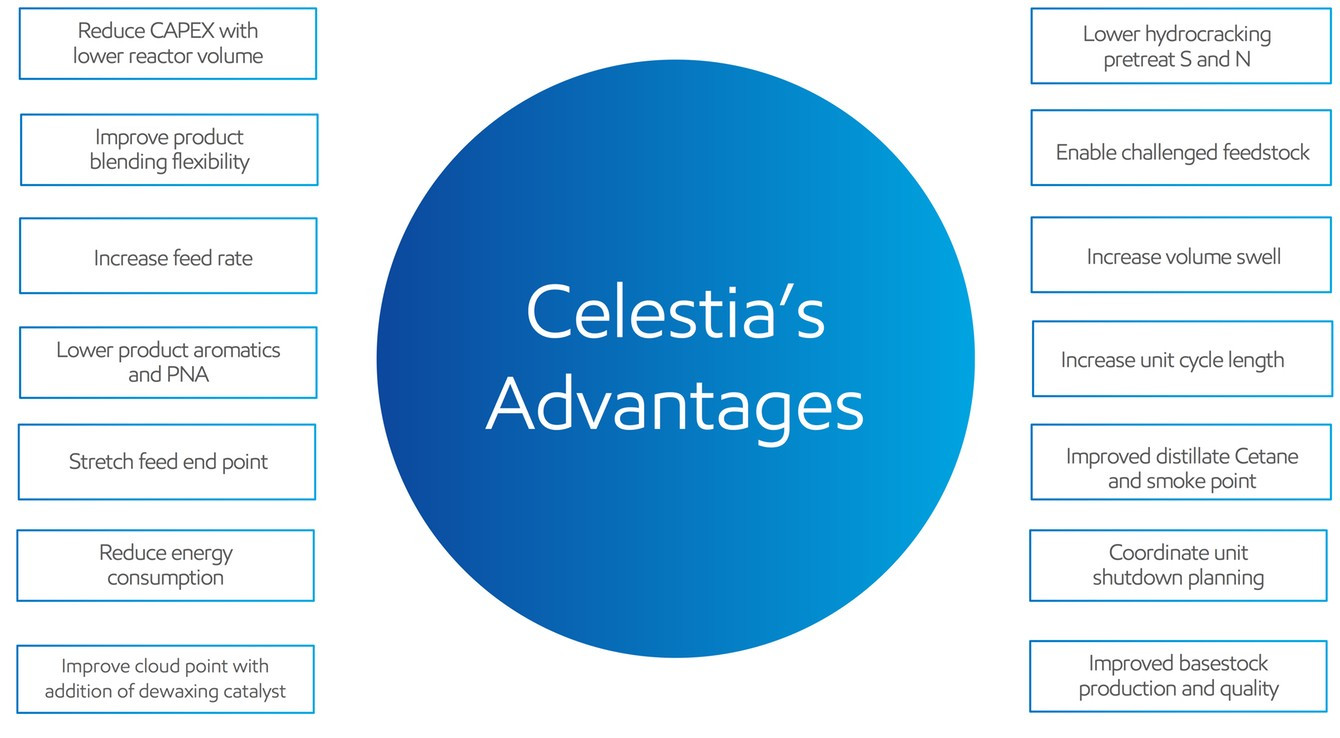 Carefully designed load of Celestia, was deployed in stacked configurations with Nebula. The combination lead to step-out improvement in performance over current supported catalysts.

Some key examples of the benefits offered by Celestia include: