We are thrilled to see these students excel in college and beyond. Congratulations and best wishes to our scholarship recipients!

Kylie Baumbach
Kylie graduated from Ross S. Sterling High School in Baytown, Texas. She plans to pursue a degree in Business at Lee College in Baytown. Kylie is the daughter of John and Kristy Baumbach. John is a Unit Supervisor at Albemarle's Pasadena site.

Joy Liu
Joy graduated from Baton Rouge Magnet High School in Louisiana. She plans to pursue a degree in Finance and Marketing at Tulane University in New Orleans, Louisiana. Joy is the daughter of Yunqi Liu and Susan Yuan. Yunqi is a Senior R&T Adviser at Albemarle's Process Development Center in Baton Rouge.

Kara Liimatta
Kara graduated from Baton Rouge Magnet High School in Louisiana. She plans to pursue a degree in Biological Engineering at Louisiana State University. Kara is the daughter of Eric and Willing Liimatta. Eric is a R&T Advisor in Customer Applications and Technical Services at Albemarle's Process Development Center in Baton Rouge.

Tiffiny Sakahara
Tiffiny graduated from Friendswood High School in Friendswood, Texas. She plans to pursue a degree in Human and Family Sciences at University of Texas, Austin. Tiffiny is the daughter of Melanie Miller and Brett Sakahara. Brett is a R&D Chemist at Albemarle's Bayport site.


Nick Vanden Berk
Nick graduated from L.C. Mohr High School in South Haven, Michigan. He plans to pursue a degree in Chemistry or Physics at Cornell University: College of Arts and Sciences in Ithaca, New York. Nick is the son of Joseph and Ruby Vanden Berk. Joseph is a Senior R&T Chemist at Albemarle's South Haven site. 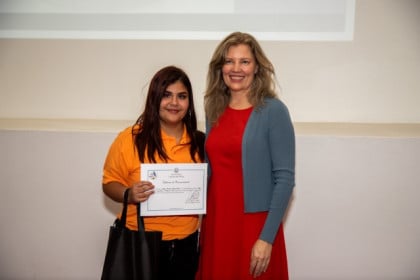 Albemarle Sponsors English Access Program for STEM Students in Chile
At Albemarle we firmly believe that education is one of the fundamental pillars of growth and development. That's why our team in Chile recently sponsored a program to help promote English proficiency of future leaders, particularly in the STEM field.
Read More
May
14
2020 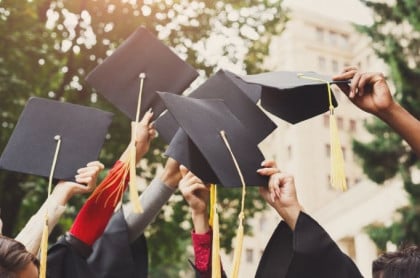 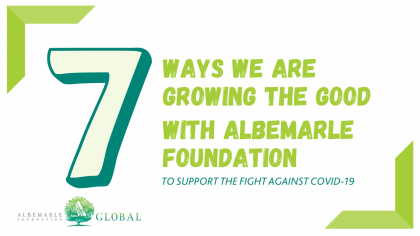 7 Ways we are Growing the Good with Albemarle Foundation
Albemarle Foundation is honored to be a part of Albemarle Corporation's COVID-19 Response Team. The Foundation continues to play an integral role in carrying out our core values though employee and community outreach. Learn more about these efforts here.
Read More
Jan
03
2020