Fostering Awareness and Support with the Albemarle LGBTQ+ Alliance

Fostering Awareness and Support with the Albemarle LGBTQ+ Alliance

The journey to inclusion begins with appreciating each other as colleagues, friends, family members and neighbors. In this message from the Albemarle LGBTQ+ Alliance, we learn more about the history behind Pride Month, and celebrate recent progress that is helping foster a more equal and inclusive world.

June is a month that celebrates many national observances. Today, we want to bring awareness to Pride Month and support our Albemarle colleagues and friends in the LGBTQ+ (Lesbian, Gay, Bisexual, Transgender, Queer, Questioning and all other sexual minorities) community. While many have seen or read about Pride parades and similar events, the core of Pride Month is about recognizing those who had the courage to break down barriers and begin encouraging others toward the acceptance of sexual diversity.

Many countries recognize June for Pride celebrations, but LGBTQ+ events happen globally, and at different times of the year. In the United States, June is traditionally the month in which we celebrate Pride because of a key event that kicked off the gay civil rights movement on June 28, 1969 at the Stonewall Inn in New York City. Police raided Stonewall which was a gay club, leading to several days of protests and demonstrations against police violence and harassment of LGBTQ+ people. Pride month did not come from a need to necessarily celebrate being LGBTQ+, but instead a need to assert the right to exist without persecution.

The multi-colored rainbow flag is prominently displayed at Pride celebrations and is an easily recognized symbol of diversity around the globe today. There are at least nine different pride flags representing a large spectrum of LGBTQ+ people. There are also variations of the rainbow flag such as one introduced by the city of Philadelphia in 2017 which includes a brown and black stripe to be more inclusive of LGBTQ+ people of color.

With today's media, many of us are familiar with actors, actresses, authors, musicians and politicians who are open about their sexual orientation, but LGBTQ+ people have contributed to society in more ways than arts and politics: Chris Hughes – Co-Founder of Facebook; Margaret Mead – Anthropologist; Tim Cook – CEO of Apple Inc; Peter Thiel – Co-Founder of PayPal; Brittney Griner – Basketball Player; Leo Varadkar – Prime Minister of Ireland; Jenna Lyons – President J. Crew; Alan Turing – Computer Scientist and Mathematician; and Martine Rothblatt – Sirius Radio Founder; among many others. LGBTQ+ people have and continue to contribute to the world in a myriad of ways, but are only now more visible than they were in the past because of the efforts of many LGBTQ+ people and allies in fighting persecution.

While there has been much progress in the world in moving toward LGBTQ+ equality and inclusion in daily life, there is much more that needs to be done. The landmark ruling this month from the Supreme Court (Bostock v. Clayton County, Georgia) has finally extended protection to millions of LGBTQ+ workers nation-wide. Prior to this ruling, 17 states allowed employers to fire an employee for being LGBTQ+. Globally, there are 13 countries where being gay is punishable by death and 70 countries where same-sex sexual activity is criminalized.

The journey to true inclusion begins with appreciating each other as colleagues, friends, family members and neighbors. It also takes positive steps from companies, like Albemarle, to create an environment for LGBTQ+ employees where they can feel comfortable to bring their whole selves to work and be valued and included by others. Through discussion and engagement we all can begin to understand the value of differences and be able to start to understand a different perspective and reality which is not our own. By doing so we can realize the importance of diversity and inclusion in our daily interactions with others. 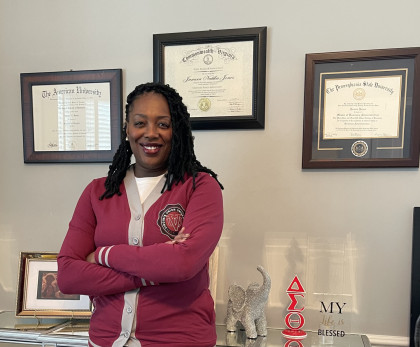 Celebrating Black History Month and Janara Jones
Meet Janara Jones, Vice President of Global Tax & Chief Tax Officer at Albemarle. In this Q&A session we learn more about Janara, her journey to a career in Tax, and her commitment to serving and supporting others. #Blackhistorymonth
Read More
Dec
21
2020 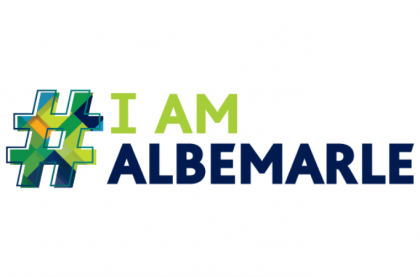 I am Albemarle
Did you follow our I am Albemarle employee spotlight series? Check out this article to see all the stories we shared!
Read More
Dec
18
2020 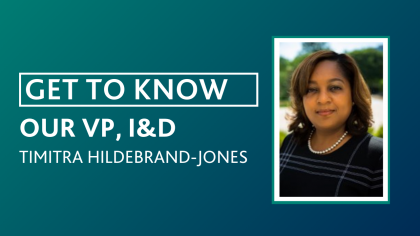 Q&A: Talking with our VP, I&D
Timitra Hildebrand-Jones joined Albemarle as Vice President, Inclusion and Diversity on Nov​ember 11. In this question and answer session, Timitra shares more about her first 30-days at Albemarle, her perspective on inclusion and diversity and more!
Read More
Nov
24
2020 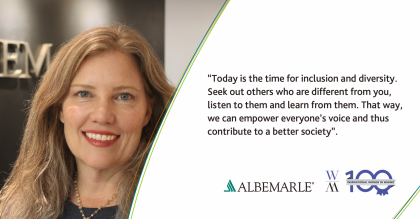