BE Connect Groups and Latinxs Connect ask you to Embrace Black Culture during Black History Month.

During this Black History Month, BE Connect and Latinxs Connect Groups will focus on both People and Community. There are many Black historical locations that may be within a couple of miles of where you live.

Throughout the month, several Albemarle employees will be sharing the history of some of those areas and what it means to them.

We would like for you to also participate this month and Embrace Black Culture actively. We urge everyone to visit some of those locations.

BE Connect Groups and Lantixs Connect ask you to Embrace Black Culture during Black History Month. During this month, BE Connect and Latinx Connect will focus on both People and Community. There are many black historical locations that may be within a couple of miles of where you live. Our employee's will be sharing the history of some of those areas and what it means to them.

We would like for you to participate this month and Embrace Black Culture actively. We urge everyone to visit some of those locations and provide us with your comments, pictures, and selfies.

Our final Black History Month series takes us back to Africa. Our own American civil rights leaders didn't get their ideas in a vacuum. Gandhi's principles of non-violence inspired Dr. Martin Luther King Jr. The Nation of Islam inspired Malcolm X, but both looked across the pond to an African country that had achieved the freedom our leaders sought.

Like many western African countries in the 15th century, Ghana was a central trading hub controlled by the Portuguese and later the British. Gold was the original main export, but Africans eventually were forced into bondage and sold into slavery.

Ghana went through many changes but not as much as when Kwame Nkrumah formed the Convention People's Party in the late 1940s. He called for self-government and used non-violent protests, strikes, and non-cooperation with the British authorities. Finally, in 1957, Ghana became independent, and Nkrumah became its first Prime Minister. These critical events gave U.S. civil rights leaders an ally to accomplish their fight against injustices.

Olivia Asafo-Adjei is a first-generation Ghanaian American and explained when she learned about her ancestral past and history, it opened her to understand her connection to Africa and how Ghana has shaped American Black society.

"I am proud of my rich culture and the resiliency of my parents and ancestors. Black history month is an opportunity for self-discovery of my history, identity, and heritage," Asafo-Adjei said.

During this Black History Month, she hopes people can see how interconnected Ghanaian culture is with African American culture. The Black Star in Ghana's flag pays homage to the American civil rights leader Marcus Garvey's shipping company called the "Black Star Line." Other prominent Black leaders like W.E.B Dubois and Maya Angelou moved and repatriated to Ghana. Ghana becoming the first independent African country from colonialism triggers change across the continent and world.

Ghana has since worked to embrace all African Americans. Ghana launched an initiative in 2019, "The Year of Return," to encourage Black Americans to return and celebrate the resilience of those impacted by the Trans-Atlantic slave trade, marking 400 years since the first Africans arrived in North America.

Asafo-Adjei hopes many take the time to learn more about Ghana or even visit.

"It's an opportunity to bring awareness and celebrate the achievements of African Americans and their contributions to our daily lives and American history. It's an opportunity to discuss today's battles and tomorrow's progress. Like self-discovery, it's a continuous progression that goes beyond just the month of February," Asafo-Adjei continued.

Olivia Asafo-Adjei is a Supply Planning Manager within our Lithium Supply Chain Division. She graduated from the University of Tennessee with her Bachelor of Science in Business Administration, Marketing and a minor in Logistics. She's a first-generation Ghanaian American. Her parents were born and raised in Kumasi, Ghana, and moved to the United States in 1981. 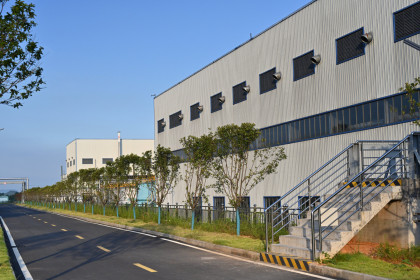 Albemarle Potential: Production Supervisor Longai Wang
Safety is at the core of how we operate at Albemarle. Our personal responsibility is to put the well-being of our employees, contractors, and community members at the forefront, and employees like Production Supervisor Longai Wang ensure we reach these goals. His quality of work drives our success around the globe, and we want to recognize the great work he does at Albemarle.
Read More
May
03
2022 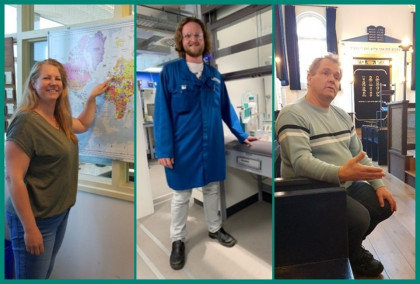 Celebrating "Freedom in Verbondenheid" in The Netherlands
May 4th and 5th have special meaning to the Dutch and our employees in the Netherlands. The cost of freedom and freedom itself is enthusiastically celebrated these days. They started as a post-war commemoration and celebration. On Remembrance Day, May 4th, the country shares two minutes of silence to reflect on those that perished and the lack of freedom exerted upon the country during World War II. Then on May 5th, Liberation Day, a celebration of the end of the Nazi occupation.
Read More
Apr
29
2022 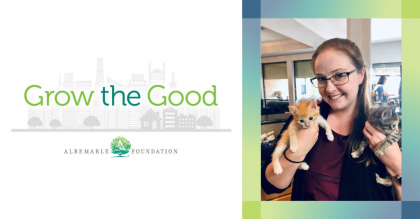 Growing the Good: Capturing Paw Prints
Soon after moving to the Houston area last year, Rachel Crouch saw Mission for Paws, a nonprofit cat and kitten rescue that operates solely with in-home volunteer fosters, hosting a cat adoption event at a local pet store. Crouch, on a whim, signed up to serve as a volunteer foster for the organization.
Read More
Jan
28
2022 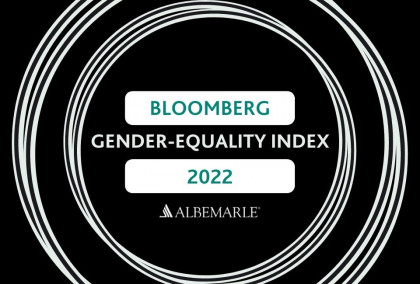 ALBEMARLE CORPORATION RECOGNIZED IN 2022 BLOOMBERG GENDER-EQUALITY INDEX
Now more than ever, it's critical for companies to demonstrate a commitment to gender inequality solutions. At Albemarle, we aim to cultivate an environment that reflects our employees' unique backgrounds and experiences.
Read More
Accept